VR 360 Images – What You Need to Know About Using Them

VR 360 images are fun to view, and undoubtedly an advance in how we share the world around us, but 360 VR images, variously known as 360 photos, 360-degree views, 360 degree photography,  and 360 panoramas are of little, or no, use if all you do is allow them to gather digital dust on your hard drive. Read on to find out more about how people are using VR 360 pictures in different ways, starting with the most obvious which is embedding them on a website.

How Can I Put VR 360 Images on My Website

VR 360 images can be a great asset to websites. They do still hold some novelty value. This is great to hold the attention of visitors. And they can be used in a variety of ways to entertain and sell products and services from any website.

But, how do you place VR 360 images on a website? Assuming that most of us use shared or free hosting services not suitable for the fast loading of large 360° video image files they would soon eat-up our server space, and still be slow to load. On many shared servers it's simply not permitted to upload such large files.

The solution is simple. Here on this website, we offer to take your 360° video files and provide the embed codes in return which you can use to embed 360-degree virtual reality images (pictures/photos) into websites on desktop and mobile. We even offer to place them those embeds on your websites for you for an additional fee! 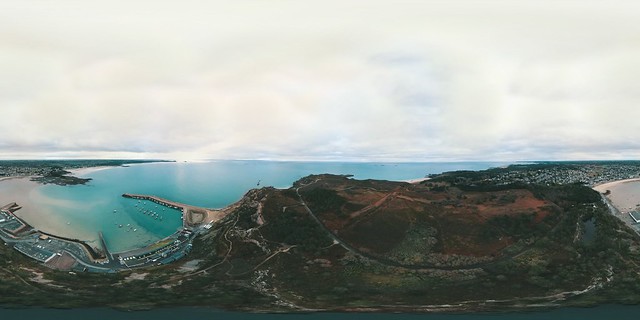 The Reason for “Embedding”

To put VR 360 Images on your website the best method is to embed them on web-space which is fast loading and you need to upload your photos on a specific website to view them in a VR player and share them or integrate them into your website. A 360° photo without a viewer is useless. – 360player lets you upload your images, view them, and share them instantly with your customers or on your website. It's free without a time limit. Press the “carboard” icon on the player to switch to VR mode. A VR viewer is a considerable asset for many businesses who wish to dive their customers in a remote (and static) place: hotel room, car cabin, boat cabin, house, apartment the cases are very numerous for which 360 video is useless and 360 photo has only advantages.

Vrchive is a specialized platform that empowers anyone to be a VR content creator by taking photo-sharing into virtual reality.

The service offers space for storing and viewing monoscopic and stereoscopic 360° images and panoramas online along with the opportunity to connect with the global VR community. A Vrchive user account can be accessed from various VR apps. Integration of WebVR API functionality enables users to explore photo galleries and the rest of the website right from their headsets. The manual uploading process is drag-and-drop simple, while enhanced filtering options allow navigating through images really fast. “VR views” like us also provide 360° video image embed codes. VR views can also be embedded in native apps on Android and IOS. It can be simple to embed a 360 panoramic image into an existing website using our service.

If you’re using a Mac, you have an extra step before you can copy VR movies over. Go to the official Android website and download their file transfer tool. Install that on your Mac, connect the Oculus with the USB cable, and then you can find it listed under applications as “Android file transfer. ” once you do this and accept permissions, copy your 360 VR videos and images into the movies or pictures folder. If you don’t have any 3d 360° video, stop by a VR licensing website and download one of the experiences. 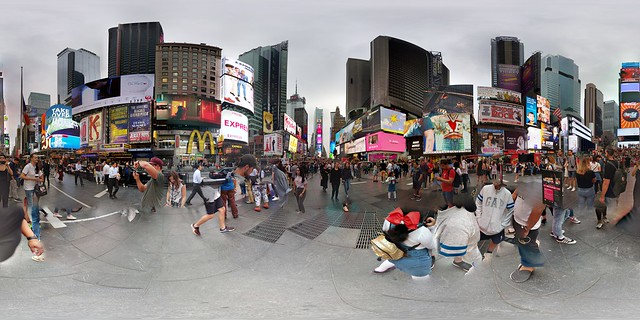 From 3d movies to virtual reality, visual technology has been improving on itself to become more interactive and user friendly. Consider 360-degree cameras, which allow the user to explore the taken image in more depth and dimension than a normal camera would. While not as inexpensive as cheap VR headsets, 360-degree cameras have come down in price, to somewhere a consumer may not feel too overwhelmed to buy. 360° video, or omnidirectional, images are also appearing online on sites like Facebook, pages including national geographic and even real estate web sites. I had my first experience with these features on Facebook, rotating my phone around, procrastinating my work. To be honest, they're kind of fun.

“VR views” provide the ability for developers to embed 360° video virtual reality images and videos into websites on desktop and mobile. One of the most popular uses for VR today is 360° images and video. 360° images are easy to discover and share online, and you don’t need to learn any new interactions to explore the 360° experience. Building 360° video views are not as easy as exploring them, especially if you want to make an experience where the viewer can navigate from scene to scene. Here is the solution I came up with using a-frame, a web framework for building virtual reality experiences and glitch, a creative community platform for building, remixing, and hosting web apps and sites.

Flickr, the popular website which acts as a hosting platform for images and videos, has designed a specific app for highlighting the 360° video shots which are uploaded into their database. Though not as massive as Facebook, Flickr is no industry miniature, and, as it is owned by Yahoo, they have also found a way to prioritize and encourage the continuous growth of 360° video photography through their Flickr 360° videos app. Flickr is easy to browse through and offers an abundance of images and videos for users to enjoy. By using the Samsung gear VR viewer, which is totally compatible with Flickr 360° videos, you can become immersed in the environments captured in these images and videos. If you lack this equipment, clicking and dragging is also an option.

Once the app is downloaded you can quickly photograph “street view” images. Associate voice notes with the images to convey progress or detail issues via our fast and easy to use VR site tour app.

What is VR Photography?

VR photography, or virtual reality photography, is the interactive viewing of wide-angle panoramic photographs, generally encompassing a 360-degree circle or a spherical view. VR photography is the art of capturing or creating a complete scene as a single image, as viewed when rotating about a single central position. Normally created by stitching together a number of photographs taken in a multi-row 360° video rotation or using an omnidirectional camera, the complete virtual reality image can also be a totally computer-generated effect, or a composite of photography, computer-generated objects, and live-action video. Here we have not specialized in either CGI (computer-generated images) and live video/photographic/ 360 capture. Our post-production workflows encompass not only the manipulation and processing of these unusual and complicated files, but we have also developed custom software solutions that can create bespoke, virtual tours. Virtual tours that are interactive and easily distributed and accessed through web-based platforms.

A 360 grid is a group of multiple 360° video images of the same scene connected in one file. It removes the limitation of a normal 360 image which does not allow you to move in the scene, it makes it possible to easily generate and render a set of multiple 360° video cameras and allows you to move in the scene to view objects from different sides. It can be shared on websites, VR viewers, PCs, and smartphones.

Virtual Reality Explained in All Its Guises from Headsets to Cinema

Find Out About Our Great Product Launch Offer:

How to use Virtual Reality 360 Tours to Sell Any Property

VideoVR360 takes the power of 360 Virtual Tours and turns them into INTERACTIVE VIDEOS! The normal 360 Degree wrap around image concept remains a genuine advance in technology, but its use outside of a VR headset has not taken off in the way many people, ourselves included, predicted that it would. The Problem with Virtual […]

How Can I Add A 360 Virtual Tour To My Listing?

Many people are asking; “How can I add A 360 Virtual Tour to my listing?”, so we wrote this article to offer our service for doing exactly that. So, you need an easy way to show your real estate property to potential clients from the comfort of their home or office? During the COVID-19 pandemic […]

Virtual Reality Explained in All Its Guises from Headsets to Cinema

Virtual reality technology has many guises, has not long been on the scene, and many of the terms used are often misunderstood. We set ourselves the task of writing his explanatory page to try to redress the problem. Read on to find out about VR from top to bottom and back to front! On this […]

Step 1 - Tell us what you want your 360 Virtual Reality Tour to showcase.
Step 2 - State the number of rooms or products.
Step 3 - For an exhibition stand, or shop interior tell us approximately how many items will be featured with hot-spots.
Step 5 - What is your deadline for the completed 360 Tour.
IMPORTANT: DO IT NOW!
FULL INSTRUCTIONS GIVEN ON USING YOUR SMARTPHONE WITH THE FREE "GOOGLE STREETMAP" APP.
This website uses cookies to improve your experience. We'll assume you're ok with this, but you can opt-out if you wish. Cookie settingsACCEPT
Privacy & Cookies Policy

This website uses cookies to improve your experience while you navigate through the website. Out of these cookies, the cookies that are categorized as necessary are stored on your browser as they are essential for the working of basic functionalities of the website. We also use third-party cookies that help us analyze and understand how you use this website. These cookies will be stored in your browser only with your consent. You also have the option to opt-out of these cookies. But opting out of some of these cookies may have an effect on your browsing experience.
Necessary Always Enabled
Necessary cookies are absolutely essential for the website to function properly. This category only includes cookies that ensures basic functionalities and security features of the website. These cookies do not store any personal information.
Non-necessary
Any cookies that may not be particularly necessary for the website to function and is used specifically to collect user personal data via analytics, ads, other embedded contents are termed as non-necessary cookies. It is mandatory to procure user consent prior to running these cookies on your website.
SAVE & ACCEPT